A PORTRAIT OF AN IMPORTANT AND ACCLAIMED INDIGENOUS ARTIST

Top Gun: Maverick | The Danger Zone is back!
By Charlie David Page
SHARE

'Gurrumul' is a portrait of an artist on the brink of global reverence, and the struggles he and those closest to him faced in balancing that which mattered most to him and keeping the show on the road.

In Yolngu lore the name, image and voice of the recently departed is retired from all public use. A very rare exception has been made by Gumatj and Gälpu clan leaders for 'Gurrumul'. Three days before his death he approved this film. It remains unchanged since this time.

Indigenous artist Geoffrey Gurrumul Yunupingu was one of the most important and acclaimed voices to ever come out of Australia. Blind from birth, he found purpose and meaning through songs and music inspired by his community and country on Elcho Island in far North East Arnhem Land. Living a traditional Yolngu life, his breakthrough album ‘Gurrumul’ brought him to a crossroads as audiences and artists around the world began to embrace his music. 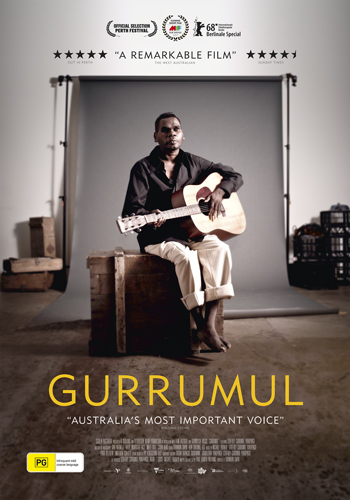 To celebrate the release of 'Gurrumul' in cinemas, we're giving you the chance to win a double pass.

Due to the film's release schedule, this competition is only open to residents of the Australian Capital Territory, Northern Territory, New South Wales, Queensland, South Australia, Victoria and Western Australia.

Like our page on Facebook, follow us on Twitter or Instagram, or become a member on SWITCH.
Complete your details below. Members can sign insign in at the top of this page to have their details automatically filled in.
Please ensure the fields marked in red are completed.
Become a member - so I don't have to fill in my details every time
Competition opens at 5:00pm AEST on Sunday 15th April 2018 and closes at 11:59 pm AEST on Sunday 22nd April 2018. Ten winners will be chosen at random on Monday 23rd April 2018. To successfully win, entrants must fulfil the above entry conditions before the time the competition closes. Current members/followers are eligible to enter the competition. Only one entry per person. Only one winner per household. To be a valid winner, the entrant must not have won a prize from SWITCH within the last 28 days. Each winner will receive one double pass to 'Gurrumul'. By entering, you agree to receive occasional emails from SWITCH in the future. If you decide to unsubscribe from these updates, any further entries will not be applicable. Only Australian residents are eligible to enter.
FAST FACTS
RELEASE DATE: 25/04/2018
RUN TIME: 01h 33m
SCORE: Geoffrey Gurrumul Yunupingu, Michael Hohnen, Erkki Veltheim
www.madmanfilms.com.au/gurrumul