A HAUNTING JOURNEY INTO THE DEPTHS OF THE UNKNOWN

Internationally acclaimed filmmaker Peter Weir (Oscar nominated director of 'Picnic at Hanging Rock', 'Gallipoli' and 'Witness') explores a startling world on the brink of apocalypse in 'The Last Wave', a time and place where Mother Nature and human nature are destined to collide in catastrophic disaster.

When lawyer David Burton (Richard Chamberlain, 'The Thorn Birds') is assigned a case to defend a group of indigenous Australian men, he is unprepared for the nightmares and dreamscapes ahead. Accused of murdering one of their own, the men stand trial amidst suspicious circumstances and, as Burton becomes plagued by unsettling visions, he is drawn to the mysterious Chris Lee (AFI Award winner David Gulpilil, 'Storm Boy', 'The Tracker') for answers to his torment. As the erratic climate turns dangerous, Burton senses a greater power at play, where tribal customs and the ancient ideas of Dreamtime may be more than just an ominous warning.

Featuring atmospheric cinematography by Oscar winner Russell Boyd ('Master and Commander: The Far Side of the World'), 'The Last Wave' is a haunting journey into the depths of the unknown, where dreams and nightmares conspire as one. 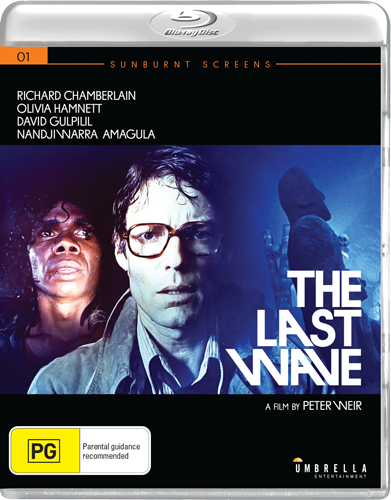 The 'The Last Wave' competition has now closed. Winners will be announced shortly. Check our Comps page for all a list of our winners.

Competition opens at 7pm AEST on Tuesday 1st September 2020 and closes at 11:59pm AEST on Monday 7th September 2020. Three winners will be chosen at random on Tuesday 8th September 2020. To successfully win, entrants must fulfil the above entry conditions before the time the competition closes. Current members/followers are eligible to enter the competition. Only one entry per person. Only one winner per household. To be a valid winner, the entrant must not have won a prize from SWITCH within the last 28 days. Each winner will receive one Blu-ray copy of 'The Last Wave'. By entering, you agree to receive occasional emails from SWITCH in the future. If you decide to unsubscribe from these updates, any further entries will not be applicable. Only Australian residents are eligible to enter.

'The Last Wave' is available on Blu-ray and DVD on Wednesday the 2nd September 2020 from Umbrella Entertainment.