GROWING UP IS A LONG ROAD

The lofty dreams of youth are often just that - dreams. I remember having a conversation in primary school about how we would all pool our money and buy a big house together so we could hang out all the time. A house couldn't cost much, right? And together we'd have a lot of money... Maybe like a whole $600 together! Wow, that's a lot. Unfortunately now, thanks to the crushing realisations of adulthood, it's clear this plan would never have worked. But what if it had?

Microbe (Ange Dargent) is small for his age, awkward around girls and just trying to fit in. Gasoline (Thèophile Baquet) is a new kid in class and a jocular outsider who, as his nickname suggests, always smells of gasoline. He's a tinker and is always fixing engines. The two strike up an unlikely friendship, leading them to build their own version of a mobile home. What ensues next is the road trip of their very short lifetimes!

Coming-of-age films are rarely as charming and funny as this. These two kids are so likeable and relatable that it's hard not to see yourself in them. A testament to any truly good coming-of-age film is its ability to stir nostalgia in an adult audience and provide inspiration and wonder for its target audience - this film provides both of these feelings in abundance. So charming and funny, the actors were clearly having the time of their lives making this movie.

The writing is adorable and their house on wheels is a marvel of childhood engineering, complete with fake window flowers. We're presented with the family backgrounds of both of these boys, both are trying to escape a different form of horrible family situation, but they don't talk directly about it (as children wouldn't do), rather skirting around the issues then focusing on playing.

Coming-of-age films are rarely as charming and funny as this.

'Microbe And Gasoline' is a lovely snapshot of the French countryside, and a lovely insight into more rural French life. What is also lovely is that the ending isn't neatly wrapped up. Like life, it's always a little fuzzy around the edges. A perfect film to take your teenager to (or a teenager at heart) at this year's Alliance Française French Film Festival. 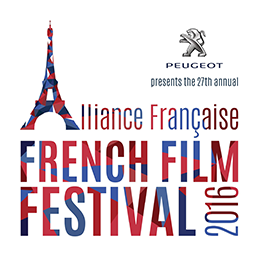 To celebrate this year's Alliance Française French Film Festival 2016, we're giving you the chance to win a double pass.

Like our page on Facebook, follow us on Twitter or Instagram, or become a member on SWITCH.
Complete your details below. Members can sign insign in at the top of this page to have their details automatically filled in.
Please ensure the fields marked in red are completed.
Become a member - so I don't have to fill in my details every time
Competition opens at 6:00pm AEDT on Wednesday 24th February 2016 and closes at 11:59 pm AEDT on Tuesday 1st March 2016. Ten winners will be chosen at random on Wednesday 2nd March 2016. To successfully win, entrants must fulfil the above entry conditions before the time the competition closes. Current members/followers are eligible to enter the competition. Only one entry per person. Only one winner per household. To be a valid winner, the entrant must not have won a prize from SWITCH within the last 28 days. Each winner will receive one double pass to the Alliance Française French Film Festival 2016. By entering, you agree to receive occasional emails from SWITCH in the future. If you decide to unsubscribe from these updates, any further entries will not be applicable. Only Australian residents are eligible to enter.