They say laughter is the best medicine, so we're starting with comedy movies - kick back, relax and chuckle along to help you forget what's going on outside your front door!

'THE DEATH OF STALIN' 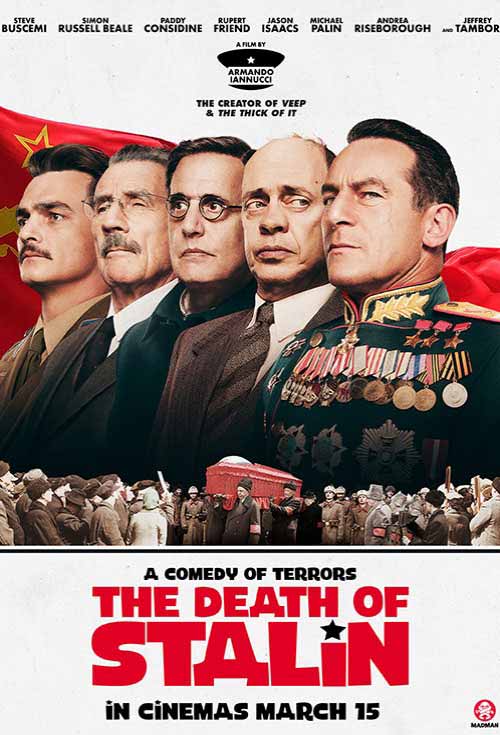 Spoiler alert for any non-historians out there, but Russian dictator Joseph Stalin dies. Fortunately, that's about all the politics you need to know to appreciate this absurd, fear-inducing dark comedy about the scramble for power, and the incompetence of politicians. From director Armando Iannucci, 'The Death of Stalin' is full of sharp wit, and while it bites much darker than you might expect, the phenomenal ensemble allows the humour to shine through, yet still embracing the horror of this time in history. The challenge of a dark comedy is to have both real stakes, and for it to not overwhelm the humour, and this film does that brilliantly. Without a doubt the most underrated Christmas movie and the most underrated comedy, this laugh-a-second chuckle-fest is, in this comedy lover's opinion, the funniest movie ever made. I have seen it 50+ times and I laugh just as much and just as hard - if not harder - now than I did on my first viewing. Staring Ryan Reynolds (yum!), Anna Faris (I mean, come on!), Chris Marquette (yes!), Chris Klein and Amy Smart (remember them!?), this hilarious film is for anyone who knows what the "friend zone" is. I quote this film ad nauseam, as does almost everyone else in my family. Enjoy. A gay and lesbian group befriending downtrodden miners during the Thatcher era? Sounds like a laugh a minute, right? Well, this underestimated little film has laughs, heart, and so much more. With a brilliantly diverse cast led by the outstanding Ben Schnetzer and including a hilarious Dominic West and a young George MacKay, 'Pride' doesn't try to be a gay rights film; instead, it focuses on the power of friendship and value of alliances. The honesty, persistence and optimism of 'Pride' can be guaranteed to warm even the most callous of hearts. If the title seems excessive and ridiculous, it's a perfect reflection of this bat-shit nuts, wildly entertaining film, probably the only comedy epic ever made. It has the most stacked cast of comedy actors (hell, actors full-stop) ever assembled - a preposterous race-against-time premise that spans the entire North American continent, is directed by one of the great directors, and has some of the most elaborate, complex and insane comedy set pieces ever committed to film. There's quite literally no other film like it. And at nearly three hours long, it'll fill the time nicely. The early 2000s was truly a magical time, especially for film casts. Looking back, there are so many magical pairings - and none more magical than 'The Sweetest Thing' with Cameron Diaz, Christina Applegate and Selma Blair. Diaz is a player, a user of men, and she and her friends go out clubbing one night where she finds out the guy she likes is attending a wedding this weekend, so the girls all pack up and off they go to crash the event. What's great about this movie is how loose this plot is, and what comes from that is pure brilliance - from the iconic bop 'You're to Big to Fit in Here' to Blair getting a dick stuck in her mouth and the only way to remove it is to sing 'Don't Want to Miss a Thing'. With a stigma still around raunchy female comedies, 'The Sweetest Thing' is fully unapologetic in its humour; add its 2000s charm and you've got yourself a fun 90-minute escape. Annie's (Rose Byrne, 'Bridesmaids') relationship with long-term boyfriend Duncan (Chris O'Dowd, Byrne's 'Bridesmaids' co-star) has an intruder; 90s musician Tucker Crowe (Ethan Hawke, 'First Reformed'), an obsession of Duncan's that is bordering on stalker territory. Irritated over playing second fiddle in her own relationship, a snarky online comment left by Annie turns into an unexpected correspondence with Tucker himself, with unexpected consequences for both herself and her relationship. 'Juliet, Naked' explores idol worship and loneliness in a way that never feels cynical, and is glued together by fantastic performances from its three leads. 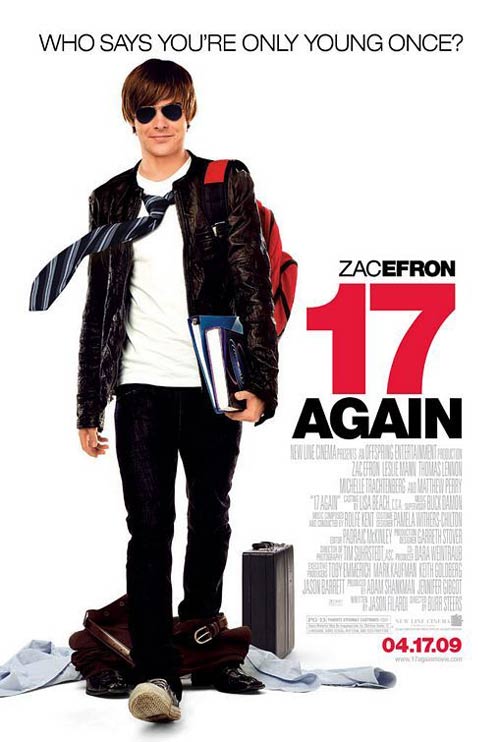 Fun with a capital F! Zac Efron breaks free of his high school musical phase to show he's a comedic force to be reckoned with. A classic tale of "adult turned young person again", it'll have you smiling and laughing throughout. A stellar supporting cast and a really tight script make '17 Again' definitely worth a watch!

'THE MAN WHO FEELS NO PAIN' As someone who hates comedies unless they're coupled with another genre, it was no surprise when I started scouring streaming sites for something funny and impactful; directed by Bo Burnham, 'Eighth Grade' has all the qualities of a great drama and comedy. It's relatability is invasive and your shoulders will hurt from the amount of cringing you do, but there's no denying this film will have you laughing as the film reflects your middle school experiences back at you. It's a walk down memory lane, and it makes light of experiences that still ring traumatic for most. I think this film deserves big props and major admiration for its stunning portrayal of the complexity of growing up. It'll have you giggling and tearing up with nostalgia... and maybe a little remorse for the past.