Here's some food for thought: there are some delicious filmic feasts waiting for you to devour! The SWITCH team salivated through the streaming services to serve up their favourite foodie films, so tuck in and eat your fill! 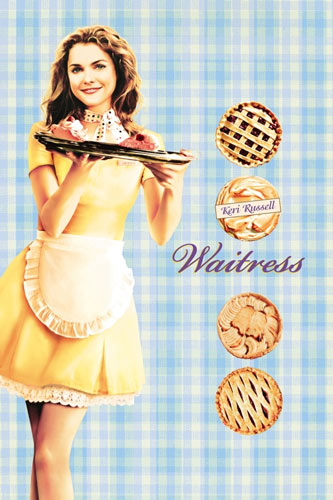 Pies! So many glorious pies! ...with a hint of domestic abuse and one glorious love affair. But did I mention the pies! Okay, let me put it to you this way - this little indie darling (by the fantabulous and lost-too-soon Adrienne Shelly) is so good it became a smash hit Broadway musical, soon (pandemic pending) to hit Australian shores. There's also pies. Kerri Russell plays Jenna, the very talented maker of said pies who, upon finding out she's pregnant (with an unwanted baby) to her awful, abusive husband, begins an affair with her obstetrician (Nathan Fillion) and decides the key to her freedom is winning a pie contest. This movie is so deliriously beautiful I'm tearing up just thinking about it. And there's pies. 'The Hundred-Foot Journey' is what I like the call the perfect Sunday afternoon flick. Adapted from the 2010 novel of the same name, Lasse Hallström ('Chocolat') crafts a film that is rich in both it's food and flavour. The Kadam family, lead by Papa (Om Puri, 'Gandhi'), move to France in a bid to open up an Indian restaurant, but it just so happens that the plot of land sits a "hundred feet" opposite a Michelin star French eatery, run by Madame Mallory (Helen Mirren, 'The Queen'). As the two restaurants operate at opposite sides of the road in the almost mythical French countryside, cultures, families and culinary skills clash in a cold war affair. As the battle heats up, so too does the romance of sous chef Margaruite (Charlotte Le Bon, 'The Walk') and prodigal son Hassan (Manish Dayal, 'Viceroy's House'), who possess a natural flair for taste. This is a charming and gentle delight of a film, which is self-aware enough to make it instantly likeable. The subtext of xenophobia and culture clashes are present without being forceful or really explored, because ultimately that is not what this film is about. Rather, it's a celebration, with the food being captured with an explosion of colour, celebrating both styles of cooking and leaving you with a warm feeling. As I'm sure with all films on this list, do not go in hungry. A grimy post-apocalyptic town revolves around a butcher (Jean-Claude Dreyfus) whose shop supplies the town with the rare delicacy of meat. He acquires this by posting advertisements for an odd job man in the local paper - anyone lucky enough to get the job receives room, board, and a few surprises. However, when his latest tenant, former circus clown Louison (Dominique Pinon), arrives, the butcher's daughter Julie (Marie-Laure Dougnac) becomes enamoured with him and is determined that he doesn't end up on her father's chopping block. She contacts "the Troglodytes", an underground battalion of radical vegetarians that seeks to rise up against its carnivorous oppressors. The plot of 'Delicatessen' (though not at all the most important aspect of the film) is as comedic as it is disturbing, creating a perfect balance between the humour and the overall strangeness of the setting. Co-directors Jean-Pierre Jeunet and Marc Caro's film leans heavily on physical humour rather than verbal comedy (reminiscent of silent films), the cinematography is fantastic (Darius Khondji went on to shoot 'Se7en' and 'Uncut Gems'), and the characters are intriguing. How can a movie about Earth's near-destruction, cannibalistic murder, suicide and the unsustainable nature of the human race be so beautiful, charming, funny and spellbinding? The idea of a rat making your good might not exactly sit well in the stomach, but add a bit of Pixar magic and it makes for one of their sweetest films. Remy (Patton Oswalt, 'The Secret Life of Pets 2'), a small rat with a big talent for cooking, finds himself separated from his family and in Paris, where he befriends the hopeless Alfredo Linguini (Lou Romano, 'The Incredibles') and flexes his cooking talent by guiding Linguini. The charm of 'Ratatouille' is not only in how it holds up even after 13 years, but in how director Brad Bird uses stunning animation and a heartwarming story to sneak up on your emotions and hook you in, replicating the warm and comforting feeling of a warm, home-cooked meal. Jon Favreau is one of those actors whose smile can make you feel like everything is going to be okay. Here, he directs, writes, produces and stars in 'Chef'. After Carl Casper (Favreau) loses his job at a restaurant and sets out to do something different - start a food truck full of authentic Cuban cuisine. Doing so allows him to not only follow his passion but reconnect with his ex-wife Inez (Sofia Vergara) and their son Percy (Emjay Anthony). 'Chef' is just a beautifully heartwarming film filled with laughs - and thanks to Favreau's connections, it has an all-star cast (and none feel wasted). Its food scenes will leave you drooling, so make sure you watch with a good Cuban sandwich at the ready. The greatest food of them all is chocolate, and there is no other movie that will make you salivate over desert as much as 'Chocolat'. This delight of a film documents a mother and her daughter on their move to various villages in France, following the north wind. It captures the essence of village life and the turbulent nature of frequent travel. Vianne, the protagonist, sets up as a chocolatier, despite protests from fellow villagers. Over time, through tastebuds and kindness, Vianne wins the hearts of the people. Another major selling point of the film is Johnny Depp in his 2000s prime. This really is a charming film, it's sweet in all capacities - reflecting fun, humanity, creativity and lots and lots of sugar! This film really is a world of pure imagination. From what was meant to be a piece of cross-promotion to sell chocolate bars has become one of the most endearing family adventures of all time - and how could a factory filled with worlds full of scrumdiddlyumptious confectionery not make a kid's eyes grow wide? The pure Charlie (Peter Ostrum) receives a Golden Ticket for an exclusive tour of Willy Wonka's famous chocolate factory with four other winners. It's a food lover's fantasy where everything is edible, but secrets lie around every corner. Adapted by Roald Dahl from his classic novel (although his script was changed and the musical numbers added in against his will) with unforgettable music that was nomated for an Oscar and starring Gene Wilder in a career-defining role as Mr Wonka, this is an unforgettable feast for the senses - it sets the imagination on fire and reawakens the child within each of us. It seems preposterous to recommend 'Parasite' in any context at the moment, since it is (rightly so) the most acclaimed and talked-about film of the past year. I'm going to use this as an opportunity though to talk about the dramaturgical importance of food in the film. As with every aspect of this symphonic masterwork, Bong Joon-Ho plays with the role of food in this world as a comment on class and capitalism, typified by the jaw-dropping genius of the ram don, a dish combining cheap noodles with shockingly expensive prime steak, the collision at the heart of the film made culinary. Food becomes a weapon with which the lower class family can attack the rich, whether it is in the form of a peach or the desecration of their living space with junk food and expensive booze drunk with abandon. Even the fact that the dog biscuits are mistaken for food is a monumental statement. Food is such an important part of the very rich tapestry of 'Parasite' that you could very well call it a food film. Then again, a film as shockingly intelligent and totally unclassifiable as 'Parasite' could be put in any arbitrary genre you wanted, and it would still fit. 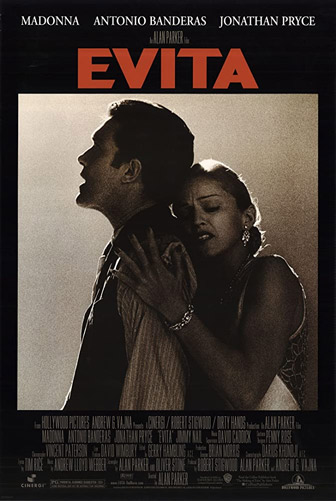