Horror films have the ability to hold a mirror up to society and offer social commentary - all while scaring the heck out of you. The SWITCH team has compiled their favourite scary movies you can stream right now, so enter if you dare! 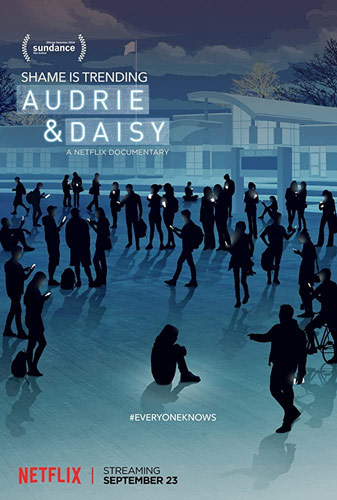 Horror, like most things in life, is subjective. What may appear to be a regular children's entertainer to some is a nightmare-inducing clown to others. While my knowledge of horror films is severely lacking, I've decided to bend the rules slightly and bring you a film that is, in fact, blood-curdling and horrifying. This documentary is for every girl, every guy and every parent. As a woman, 'It Chapter 2' didn't stop me from sleeping at night, but 'Audrie & Daisy' sure as hell did.

'AN AMERICAN WEREWOLF IN LONDON' 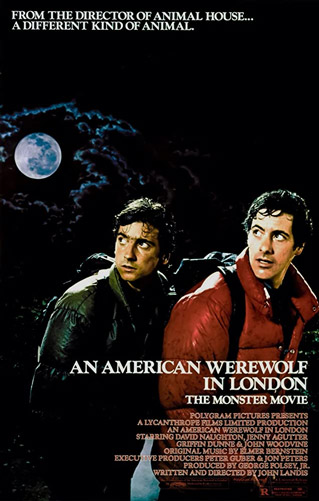 'An American Werewolf in London' is one of the funniest and scariest films of all-time. Director John Landis' tale follows David Kessler (David Naughton) and Jack Goodman (Griffin Dunne), two young Americans travelling through Northern England who don't heed the warning to "keep off the moors and stick to the roads" and are viciously mauled by a werewolf as a result. In the film, Landis (with a huge amount of help from special effects make-up artist Rick Baker, composer Elmer Bernstein, cinematographer Robert Paynter, and costume designer Deborah Nadoolman) seamlessly mixes horror and comedy and curates a wonderful soundtrack of moon-related tunes, including songs by Creedence Clearwater Revival and The Marcels. Visceral, punchy and unforgettable, the film paved the way for a whole new style of horrors seen in the likes of 'Lost Boys', 'Fright Night', 'Scream', 'Shaun of the Dead' and 'The Cabin in the Woods', among others. Landis built a story and completed it without planning any sequels (although it got one, 'An American Werewolf in Paris', terrible), wasting time on world-building, or making concessions for audience sensitivities, which is why 'An American Werewolf in London' still feels so vital today. 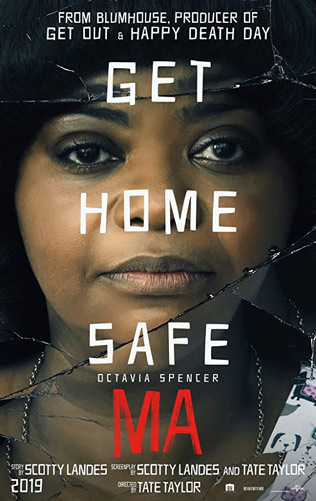 Don't make her drink alone - 'Ma' is that beautiful kind of film that you go in with one expectation and it just knocks it out of the park and presents to you a whole other level of messed-up. After buying some teenagers alcohol, Sue 'Ma' extends the offer to use her basement for parties. They accept, but week after week they notice Ma is becoming crazier and more controlling, plus she seems to have some secrets of her own. You can tell Octavia Spencer is having a blast in the role, just going balls-to-the-wall insane, not holding back; she is so enjoyable to watch. Even though its trailer gives a little too much away, there is still plenty of messed-up fun to have with 'Ma'. 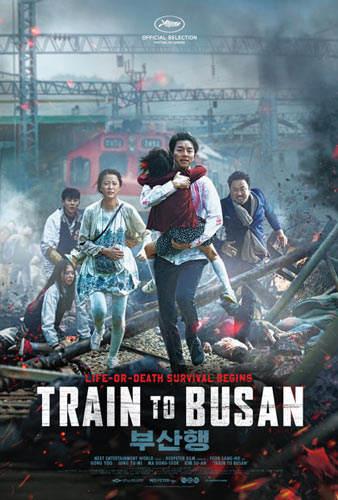 'Parasite' is great, but did you know that Korea have made more than one movie? 'Train To Busan' is so successful, it has a spin-off animated prequel series and a sequel,' Peninsula', coming out later this year. Maybe. Is there even a future of cinema? Bam, there's your horror. Seok-woo and his daughter take a train to - you guessed it - Busan to spend time with his ex-wife, only for their plans to derail (pun intended) amidst a zombie virus outbreak. There is horror, action, suspense, social commentary, and the stakes feel real. I love the mini-mission of getting from cart 9 to cart 15, and I'd be happy if that was the whole movie. But it has to be said, the most horrific aspects of this film are 1) people's moral compasses and how they treat each other, and 2) the no-longer fictitious government ignorance and quarantine issues. This is real, people! Minus the zombies. For now... 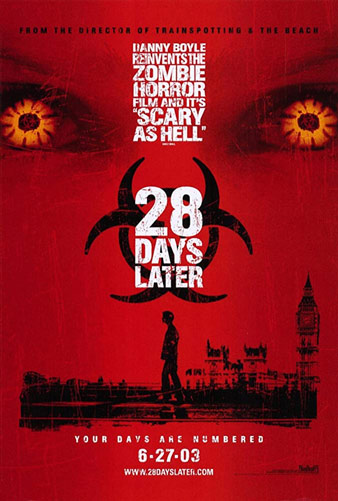 Forget your slow-moving zombies out for a stroll - this is a whole new breed of flesh-tearing terror. From director Danny Boyle ('Trainspotting', '127 Hours', 'Slumdog Millionaire') and writer Alex Garland ('Ex Machina', 'Annihilation'), this is the kind of film which almost too perfectly parallels the current situation sweeping the world - a man (Cillian Murphy) awakens from a coma four months after a dangerous virus has gone rampant and must fight - but, of course, it's the humans who prove to be the biggest monsters of all. Frantic, hectic, panicked and delerius, this is a zombie film that reignited a genre that had gone into hiatus, resulted in the respectable but very different sequel '28 Weeks Later', and who knows - given world events, may finally get the long-awaited '28 Months Later' too.

'THE SKIN I LIVE IN' 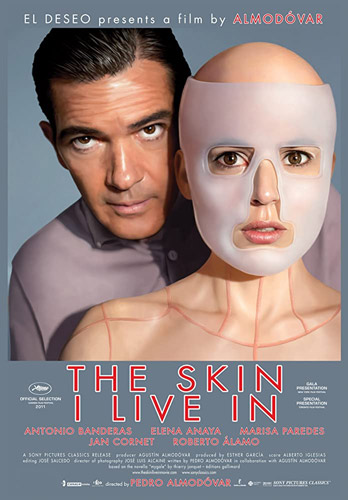 World renowned plastic surgeon Robert Ledgard (Antonio Banderas, 'Pain and Glory') doesn't get out much these days; besides, he's far too busy tending to live-in patient Vera (Elena Anaya, 'Wonder Woman'), a human guinea pig on which Ledgard has been testing his state-of-the-art burnproof artificial skin. The obsessive, prison-like markings on Vera's wall, however, point to something much darker and unprecedented bubbling under the surface of Ledgard's work. Director Pedro Almodóvar pushes the boundaries of sexual identity on screen, using captivity as a parallel theme for transsexuality and punishment. Not a horror in the outright sense, 'The Skin I Live In' instead burrows its way under your own skin to unearth basic human fears of betrayal, identity and death, telling a truly twisted fable that will stay with you for years to come. 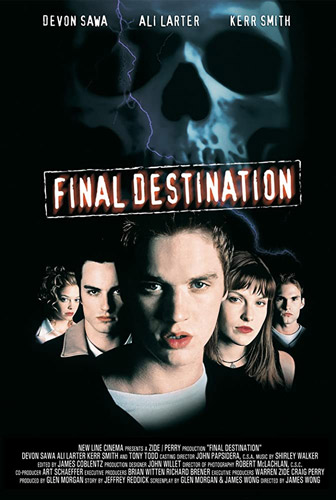 Sorry, it's more than one film! But I'm really bad at watching horror movies. This is about as close as I dare tread! Why do I like these films? The keep you guessing, they are equal parts stupid, smart and ridiculous - and boy, do I love films that fall into that category. It does make you walk into a room and look around at what could kill you, but I promise these side effects will wear off in a couple of hours. 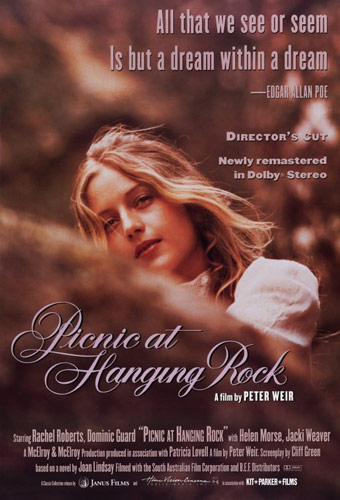 This is the scariest film I have ever seen. I'm not being funny or ironic. I couldn't sleep for days after seeing it; the very thought of it still sends shivers up my spine. Maybe it's the ambiguity, the disturbing series of riddles with no answers. Maybe it's the overwhelming and oppressive atmosphere that envelops you and swallows you whole. Maybe it's the portrait of minds pushed to the brink of sanity as a force closes in around them that neither they nor we can identify. Or maybe it's because it taps into the collective guilt of all White Australians, that this is not our land, that we have no right to it, that we do not belong here, and that the land that we continue to claim will one day seek primordial revenge upon us. It's the finest film our country has ever produced. It's also our greatest work of horror. Watch it in the dark in the dead of night.

'THE WOMAN IN BLACK' 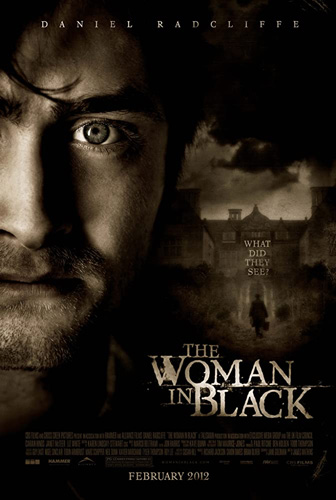 No judgement zone - I love this movie. 'The Woman in Black' is a great literary and film horror. It's energetic, suspenseful, and is a great example of how setting/environment can aid a narrative. A friend once told me that a great horror will leave a lasting fear. This film is great in its execution of revenge on innocent lives and as such, it always has me looking to the corner of my room on a dark and windy night. It plays on the senses - wooden creaks, quick camera motions and a figure that is often hiding in the frame. It's 'Harry Potter' fighting off a veiled ghost... does it really get much better than that?