If it feels a little like the planet is going to hell, some sci-fi is sure to take you out of this world! The SWITCH team have explored the entire galaxy to bring you their favourite science fiction films streaming right now - so blast off for a shot of the strange and unusual! 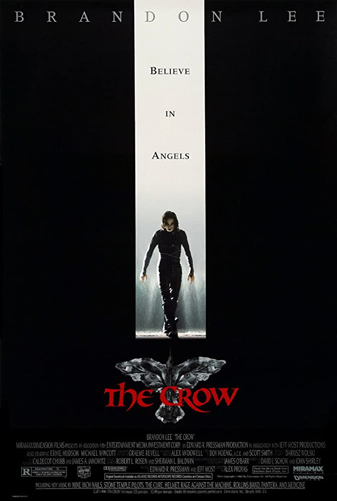 Yeah, I know, you've already seen this one, and it was awesome. Perfect, even. So then why does everyone keep trying to remake it? Now would be a good time to revisit this masterpiece and give yourself a refresher as to why it A) shouldn't be remade, and B) why it shouldn't even be attempted as it's impossible to improve upon perfection. And then once you've done that, you can visit my 25th anniversary article. I'm playing fast and loose with the definition of "sci-fi" for this one, but 'The Lobster' needs to be seen to be believed. Set in a dystopian future heavily focused on romantic partnership, David (Colin Farrell, 'The Gentlemen') checks into a hotel for singles. Sounds fun, right? There's a catch: David must adhere to a set of very strict and strange rules (punishments include one's hand being placed in a toaster) and has 45 days to find a partner or else be turned into an animal of his choosing. 'The Lobster' is classic Yorgos Lanthimos, with its absurdist humour and deadpan delivery in each fantastic performance, especially from Rachel Weisz (who would again team up with Lanthimos for 'The Favourite'). It's the perfect world to lose yourself in to distract from our current crazy situation. Set on Earth in the near future, giant alien creatures have landed and the U.S. military has quarantined them in an "infected zone" in northern Mexico, surrounding it with a wall so gigantic that Trump would cream his pants (the film was released in 2010). Scoot McNairy plays a laconic photojournalist who hangs around outside the zone, snapping pictures of the corpses that have been stacking up, both from monster attacks and as collateral damage in the war against the monsters. McNairy's publisher wants his daughter (Whitney Able) escorted to the border, but McNairy and Able get knocked off-course and end up travelling through the zone. Both characters are running from issues in their personal lives. Low-key, slice-of-life romance ensues as they travel through both frightening and picturesque locations. 'Monsters' is semi-improvised and shot on the fly - the effects work is minimal (we barely see the aliens until the climactic scenes) but used to stunning effect. This low-budget science-fictioner from Gareth Edwards ('Godzilla', 'Rogue One: A Star Wars Story') is a testament to the enduring importance of acting, chemistry, a tight script and resourcefulness (Edwards served as writer, director, cinematographer, set designer, and did just about all of the visual effects by himself in his bedroom). 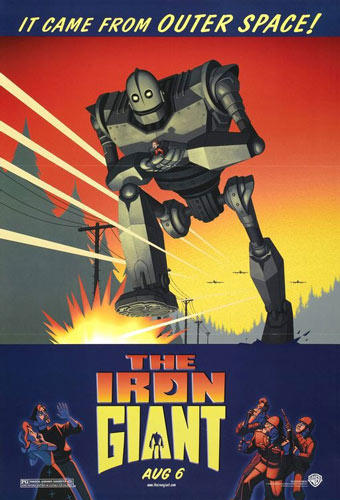 The best scifi films are not the ones with the wackiest aliens or craziest robots. They are the films that use technology and the future as a tool to tell incredible stories, with themes and ideas that exist long after the film has ended. Brad Birds' directorial debut is no exception. Criminally swept under the rug time at the time, with such superior storytelling and magnificent animation, I still can't believe 'The Iron Giant' bombed on release. After a metallic "beast" falls from the sky and crash lands in 1957 America, the giant robot befriends Hogarth, a young boy with a kind heart. The robot is built for destruction, but fights with itself every day to deflect the label. Amidst the Cold War paranoia, they are constantly pursued by a government agent, which begs the question - what makes a monster and what makes a man? The ending of 'The Iron Giant' makes me tear up every time I watch it. Despite what people think, ultimately you are the one who gets to decide what you want to be, nobody else. Ignore the post-credits scene if you can, because I think it actually takes something away from the soul-searching message this film projects.

'GUARDIANS OF THE GALAXY VOL. 2' The first 'Guardians of the Galaxy', to me at least, proved that Marvel can really do anything. Released the same year as 'Captain America: The Winter Soldier', Marvel really proved that these films expand beyond just the superhero genre - they can be comedies or spy thrillers, while it seems they have forgotten with their newer films. But that first Guardians was something special - the unlikely heroes, the soundtrack, the comedy, a tree and a raccoon - it all weirdly worked, so a sequel to match that epicness was always going to be a challenge, but 'Vol. 2' is one of those perfect sequels. Star-Lord, Gamora, Drax, Groot and Rocket are all back saving the universe, along with Nebula and Yondu as well as new characters like Mantis and Ego. I think because of 'Thor: Ragnarok', 'Guardians of the Galaxy Vol. 2' gets somewhat overshadowed and forgotten in the MCU. To me, what sticks out beside the soundtrack (not the just the songs but how James Gunn used them so perfectly in each scene) is the message of family, with Quill and his relationship to his physical father and father figure. While this franchise is remembered for its soundtrack and comedy, both films - especially 'Vol. 2' - are worth a re-watch just to tug at those heartstrings. "Aliens are taking over the fucking school." That's pretty much the crux of 'The Faculty', but there's so much more at play below the surface. There's the phenomenal cast (Elijah Wood, Josh Hartnett, Clea DuVall, Robert Patrick, Salma Hayek, Jon Stewart, Bebe Neuwirth...) and the fact it's directed by Robert Rodriguez ('Alita: Battle Angel', 'Sin City' and 'A Dame To Kill For', 'Machete Kills'), which elevates the film beyond some mediocre B-grade sci-fi shtick. It's also oozing with 90s vibes, from its homage-y story to the evocative soundtrack - but that's definitely part of the appeal. Whether it's a guilty pleasure or a first endeavour, 'The Faculty' will make you wonder every time your loved ones go for a glass of water. If science fiction is a form where the external forces of nature, the cosmos and the unexplainable speak to the inner complexities of the human soul, then no film captures that with greater magic than Andrei Tarkovsky's hypnotising 1979 masterpiece 'Stalker'. Three men venture into The Zone, a mysterious landscape of mysteries and perversions of the laws of nature. A puzzle that never reveals its secrets, moving at a beguiling glacial pace, it's not a film for the casual film viewer. Those with the patience will find a film whose influence is enormous, spread across the history of science fiction. 'Equilibrium' is a somewhat hidden classic featuring Christian Bale in a futuristic distopia where emotion and art have been eliminated. It's intriguing, action-packed, somewhat food-for-thought, and does a fantastic job at a speculative future. Oh, and did I mention gun fu?! 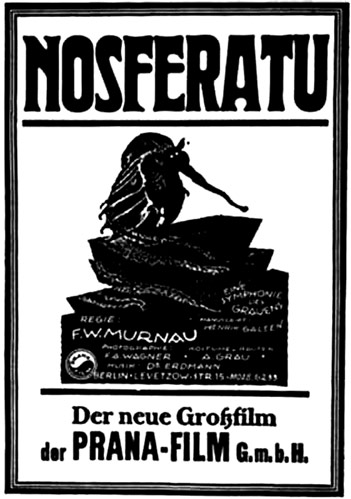 One thing did work out well from Year 10 English... and that was my introduction to 'Nosferatu.' F.W Murnau made this classic in 1922. Granted, the film does offer some ethical enlightenment into film as a means of propaganda. What is strong about this film (granted, the propaganda is strong too) is its ability to transcend above being dated and having damaged footage; it still puts together a great tale! It's the story of Dracula cemented in German folklore. As a 1922 picture, you'll be surprised at how ominous the suspense and tone of the film feels. Either way, it's a really fun watch, providing great historical insight into both 1922 Germany and the very beginnings of colour, editing and the use of more complex footage. For any film nerd out there, this is a must-see for the beginnings of gothic fictional characters represented through cinema. It'll leave you believing in the skill of people and marvelling at how far they've come!