While we're all stuck at home, many of us are wondering what the future could be like... so why not turn to cinema for a glimpse at what's to come? The SWITCH team have found the best futuristic films streaming now, so scroll through and choose your destiny! A utopian future this is not. Earth is frozen in a deathly cold, and the last remnants of humanity survive on a perpetual motion train, and a class system evolves from the ashes. Tired of how the "tail" section of the train are treated, Curtis (Chris Evans, 'Avengers: Endgame') leads a revolt that forces its way through the compartments of the train. Bong Joon-ho's ('Parasite') first English language film is filled to the brim with excellent set pieces and even better production design. The visual language is simple and yet contains so much nuance in the direction that it lifts this sci-fi arthouse action to the next level. The allegory of our world's class system is obvious, but it's what Bong says about a system, rather than the judgement of said system, that still has audiences discussing it years later. As it's about to be a (probably unnecessary and soul-destroying) American series, now is the perfect time to visit this wild ride. If this pandemic has taught us anything, it's that we should be spending less time with people and more time with technology at home. So bring on the future where we're all dating our computers! Although it sounds ludicrous, director Spike Jonze and star Joaquin Phoenix manage to bring a huge amount of heart and humour to 'Her', as Phoenix's reclusive Theodore falls for an operating system named Samantha (Scarlett Johansson). At some point you entirely forget that Theodore is talking to something man-made, and for that reason you can't help but feel heartbroken for what eventuates. It also has wonderful set and prop design, all beautifully captured. Forget post-apocalytic predictions of the future; this is the not-too-distant future I want to be living in. French visionary director Luc Besson broke into the English mainstream cinema scene in 1994 with 'Léon: The Professional', but it wasn't until 'The Fifth Element' when Besson really tapped into his sci-fi roots and we got to experience his wild imagination. When Korben Dallas (Bruce Willis) runs into Leeloo (Milla Jovovich), a quest begins to find four stones and an unknown fifth element that, when together, can create a cosmic evil force. The film is a colourful look into the future that's filled with iconic moments from the larger than life Rudy Rhod (Chris Tucker) to the unforgettable Diva Dance scene. 'The Fifth Element' might not be as deep as other sci-fi ventures, but offers a fun adventure with unforgettable characters that will make you go 'All Night Long'. So grab your multipass and get rewatching! 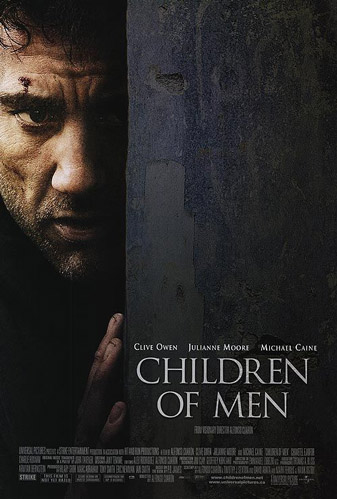 Many films have predicted a dystopian future, a collapse of society, humanity throttling towards oblivion. None have been as visceral, as prescient, as ferocious, as overwhelming, as devastating, as jaw-dropping, as assaulting, as breathtaking, as believable as Alfonso Cuarón's masterpiece 'Children of Men'. It's a film that scars your soul, and speaks directly to the deep humanity in all of us. I remember going to see it in the cinemas, expecting a fun dystopian film, and left crying, shaking, unable to articulate what I had seen and how it made me feel. It asks us to consider our mortality as a race and our empathy towards one another, all while quietly rewriting the rules of cinema. It's probably the greatest work of science fiction so far this century, and once you see it, you never forget it. In fact, you only think back on it in a state of awe. Mark this one as yet another film where one of its stars won an Oscar for the wrong role. Although she took home her Academy Award for biopic 'The Danish Girl', Alicia Vikander cemented herself as a star with her turn as conniving A.I. Ava in 'Ex Machina', a thought-provoking and bone-chilling thriller of wits, philosophy and science fiction. Equally as impressive are the performances from her co-stars, Domhnall Gleeson and Oscar Isaac (both also star in 'Star Wars: The Rise of Skywalker'), and the stunning visual effects that help bring Ava to life. Her movements and motors are so lifelike that the film took home Best Visual Effects at the 2016 Oscars; at least they got that one right. 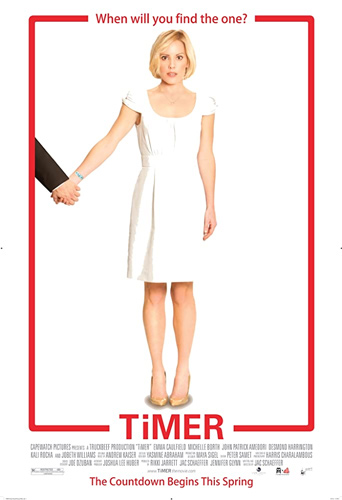 It's 2020. We were promised flying cars, instant cures for diseases and ailments, and of course the rise of AI and a robot apocalypse. Well, we're here and we don't have any of that crap. So on the slightly more realistic side, I present 'Timer'. Time can improve a lot of things in life, but what about love? What if there was a device that could tell you exactly when you're going meet your perfect mate? Surely it would take the guesswork out of love and relationships. But aren't they the fun part? Mistakes and near misses that help you grow and become the best version yourself for The One? Choices, choices. What an interesting world that would be live in. And yes, for all you 'Buffy' fans, that is Anya, A.K.A. Emma Caulfield. Society has broken down. Global warming is in full swing. The air is foul with pollution. No one can travel anywhere. The government is corrupt and unaccountable. People keep coming up with really crappy vegan alternatives to meat. Everyone is exhausted. Sound familiar? Released in 1973 but set in 2022, Richard Fleischer's 'Soylent Green' introduces the audience to a grungy, over-populated New York with disgruntled queues at water pumps and violent food riots. The government hands out rations of Soylent products, which are awful - flavourless cubes of "soy" and "lentil" foodstuff that look like multi-coloured Play-Doh. In a cramped apartment, ageing hero Sol (Edward G. Robinson) pedals furiously on his adapted exercise bike to provide power for himself and his roommate, Charlton Heston's crooked cop Robert Thorn, whose friendship forms the emotional heart of the film. Thorn is investigating the death of privileged bureaucrat William R. Simonson (Joseph Cotton), taking him on a tour of a world so grim that suicide services are a popular option (for a small fee, you go to a deathatorium of sorts, watch a movie filled with beautiful scenes from nature, listen to Beethoven, then die painlessly from a colourless, odourless gas). 'Soylent Green' is a terrific, tragic, science-fiction noir. Watching it right now, during a period of uncertainty, is a bracing experience. 'Meet the Robinsons' is incredibly underrated, and deserves more. I wish I could leave my paragraph there, but this wouldn't be nearly as informative or entertaining enough. This film is about the future and moving forward. It's about being ourselves and embracing our creativity, knowing that, when we are truly ourselves, we achieve the most. Lewis is an orphan boy who loves to invent things. He often finds his crazy inventions get in the way of finding a family. Eventually, he builds a time machine that showcases images from memory - that is, until a stranger from the future warns him of a mysterious bowler hat man, and the whole thing goes haywire. This film is super random, super fun and a bit of a rollercoaster. It's a great family flick, with punchlines that will make you laugh and a warm-hearted ending. If you're looking for a different kind of animation, give it a go!